Russia Mourns: Sergei Mikhalkov has passed away at 96 years old! 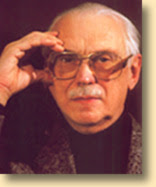 The legendary Soviet-era children writer and poet Sergei Mikhalkov, who penned the lyrics to the Soviet and modern Russian national anthems, died on Thursday at the age of 96.

Korolyov, (A great writer and literary critic.) said: “This is a great loss to our culture, and to our literature – Mikhalkov was a symbol of a whole era.”

Apart from his two sons, Mikhalkov is survived by his wife, 10 grandchildren and several great grandchildren.