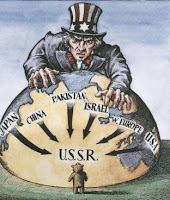 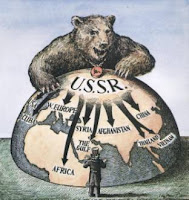 I was drinking my morning cup of coffee and I was thinking about how different the stories that the media presents, as you transverse the World.

I read and listen to so called experts on Russia and Capitalism! I read about how Russia lost all her Super Power Status and became so much less than the USA. I read about how Putin has destroyed Capitalism and wants Imperialism in its place. I have read that there is a New Cold War. I have read that Russia violates Human rights…………………..etc etc etc.

It is the biggest pile of BULL that has come along for a long time. Russia is no different than any country in the World including the US of A.

I spent 47 years in the Land of Free! I have a little knowledge of America.

1. Russia violates Human Rights: What I see living here, yes Russia does violate Human Rights but the USA is no better and very open about it. (Link to Bad case of Rights Violation in USA). There are thousands of cases like this and most are swept under the table.

2. Putin has destroyed Capitalism and the vote for Russian President is preset. (this is surprising to a capitalist country???) This is a good one for the USA to talk about, The USA needs to clean their cupboards before they accuse. After the last few fiscals that we call, The Presidential Elections, in America. I have no desire to vote this time. I feel that the president is already picked out for the American people and signed sealed and delivered before election! (link to article) Do you think the term “King George” (George Bush) is a fallacy?

3. The New Cold War! Who said the Old Cold War ended! Not Russia, I do not ever remember the Russian people saying to the world, “zippy yea, the Cold War is over” If I remember, America was saying:”zippy yea, the Cold War is over.” Just maybe Russia has been sitting back trying to get the country under control from the upheaval during the the fall of the Soviet Union. We forget that Russia was the Soviet Union. They have kept the same mind set, just put prettier bows and ribbons on the package.

4. Russia not a Super Power! They have the most violent weapons on Earth. The less sophisticated but immensely more powerful nuclear missiles and bombs, make the USA think twice before they would push Russia too far. Very good Link to a Russian Nuclear Bomb. Russia may have a messed up Military at this moment, but they can still destroy the world 100 times over. In my book that makes them a Super Power….

The bottom line is that America has a media system that plays games with everyone in the World. It has got to be one of the most controlled and bias reporting systems that any country has. Russia is far from perfect, but the USA is just as far from perfect!

I truly see only small differences between the countries. If Russia is doing it, the USA is doing it also, or vice a versa.

The one big difference that I see is: Putin is doing a much better job at running Russia, than Bush has running the USA!