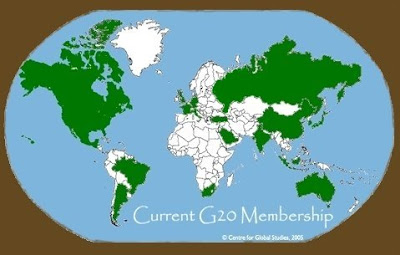 I was drinking a second cup of coffee and thinking about what all was going on here in Russia this weekend. It has been a busy last few weeks all over the city and looks like it is not going to slow down anytime soon.

Spring is here even though Moscow looks like it still is in the heart of winter. What has changed is the days are getting long again. That means no matter what, people are going to get out and move around more. (Link)

Prices seem to have stabilized on food somewhat. Like always going shopping in Moscow is taking your life in your hands with the Babushkas. I have got to remember to stay out of their way when I go shopping for food. They will run you over in a heart beat with their shopping carts. 🙂

Svet and I have tried to get caught up on all the blogs and have done a pretty good job of it. I have started a couple of new ones (yes I am crazy) and have started to write a book. So if you see that I am not posting a hundred posts a week then you know that I am working on a book. (No hints!)

It seems that the Kremlin was in overdrive getting ready for this G20 meeting and Medvedev was burning up the telephone lines talking to leaders all over the world. He made several trips to multiples of countries in the last month and I would assume that he was setting the ground work for his plan to express at the G20 meeting. (Link to Plan) It definably looks like a lawyer has been working on it. 🙂

Russia has had her hands full with a Kiev, Ukraine that seems to be determined to undermine everything that they try to do with Russia. One moment they need to borrow money and the next moment they run around Russia’s back and try to play games with the gas delivery system. They involved Europe and Japan in this last trick or treat game and Russia has shut down virtually, any hope of Ukraine getting any loans for Ukraine’s huge debt. Russia was on her way to giving those loans and Ukraine… (Well – you know, the usual!)

Russia has been trying to get a handle on this North Korea issue with rockets. Japan and the USA has been putting pressure on Moscow to convince North Korea to stop the launch. It really looks like America will most likely shoot down North Korea’s rocket and then it is anyones guess what will happen next…. 🙁

The word coming out of England to the ears in Russia is that the people are on the verge of a full scale, mad at Gordon Brown, riot. Seems that it is more than a few Britain’s that are not happy with “Gordon Brown has spent £20000 for every man, woman and child in the UK. To pay that amount back in a working life time would require an additional 10-15% on every single income tax bill for life, while at the same time cutting back public services.” This is a quote from one on our comments. That echoes very close to the news agency’s reporting from Europe.

That is enough for today. I have about 5000 other things to say, but I will stop before I bore you to death. 😐

I hope everyone had a great weekend and lets see what is going to happen at the G20. If what I hear that Gordon Brown, President of Brazil (Lula) and a few other individuals are doing is true:

“White, blue-eyed bankers are entirely to blame for the world financial crisis that has ended up hitting black and indigenous people disproportionately, the president of Brazil declared while in a press conference with Prime Minister Gordon Brown from Britain.”

Lets hope they accomplish something…