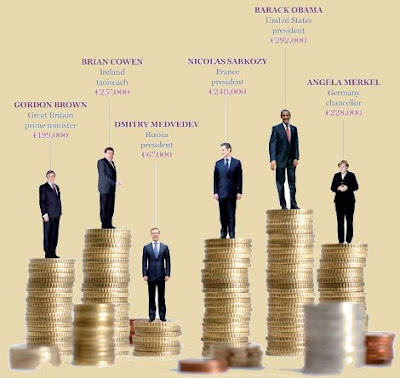 Medvedev the president of Russia looks kinda lonely down near the ground with what he makes. He does not have as far to fall though and will not get nose bleeds from being so high up…

I had heard that the president of Russia does not get paid very well. I guess it is true!