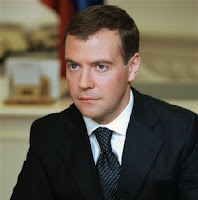 I was enjoying my cup of coffee here in Moscow Russia. I was doing some research on what China and Russia have planned. There is not a lot about the details but what is known is:

Chinese and Russian leaders both plan to open debate on an SDR-based reserve currency as an alternative to the US dollar at the G20 summit in London this week!

Now I think that this is going to open up a can of worms. Countries like Germany, Britain, Russia, China, Brazil and many more, have a much different outlook on the crises than the USA. While the USA is spouting her mouth about: “We are the greatest!” The rest of the world is planning a “Obama the honeymoon is over party!”

It seems Barack Obama’s honeymoon with Europe is well and truly over. Following cat calls of hypocrisy and American selfishness, Obama heads to the G20 summit in London trying to find harmony amid the economic discord.

The first trip overseas since taking office for the US president comes amid a growing chorus of critics of American financial regulation and fiscal policy.

It seems also that Europe has tried to stifle Russia by putting Russian economy in a list with Mexico and other small fiscal countries. The is list is to give importance to who has more power at the meeting:

“There is a belief that Britain is trying to trivialize Russia’s contribution at the G20 for political reasons as a time when the two countries have found much common ground on economic issues.”

Medvedev has this planned and backup plans are in place. Medvedev does not accept anything less than total equality amongst the participants in meetings like this.

So watch how the G20 goes. It has already been set up for failure. The games behind the scenes have been going strong for a month and everyone has lied to everyone twenty times over…

France Threatens G20 Walkout!
from BBC News
France will walk away from this week’s G20 summit if its demands for stricter financial regulation are not met, the finance minister has told the BBC.