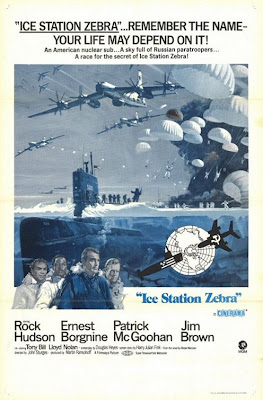 Did we not have a movie, many years ago about the battle over the North Pole? It was a great movie. I think Rock Hudson(American) and Ernest Borgnine(Russian) was in it. Ice Station Zebra!

Well now in real life, we have the USA and Russia, wanting the North Pole

Russia is trying to lay claim to the North Pole in the Arctic, This area is thought to contain oil, gas and mineral reserves. Their claim is being challenged by other powers, including the US.

See below a detailed map of the region

Moscow has argued before, in 2001 that waters off its northern

coast were in fact an extension of its maritime territory.

The claim was based on the underwater feature, known as the Lomonosov Ridge, is part of its continental territory.

The UN has not given any comment on this acclaim.

The Russians are sending a mini sub very soon to check out their claims. The team aboard the mini-submarine Mir is expected to carry out scientific experiments and measurements on the sea bed. When the mini sub leaves it will plant a Russian flag and a capsule with a message for future generations.

Russia wants to extended the zone, to do this, a state has to prove that the structure of the continental shelf is similar to the geological structure within its territory.

At the moment, no body’s shelf extends up to the North Pole, so there is an international area around the Pole administered by the International Seabed Authority.

In a nut shell: There is a huge oil reserve under the North Pole. The same one that the Alaskan oil reserves are near. So this is going to become a heated issue as time goes by.