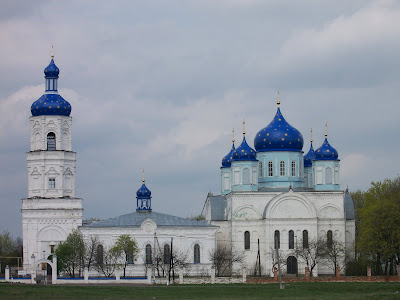 I have read several Blogs and News organizations ranting -n- raving about the rumors: “The Orthodox Church is creating a army to combat crime in the streets of Russia!” OMG you would think that Russia is a quagmire of criminal activity and seedy characters after these reports from multiples of sources of journalism.

The Orthodox Church says: “The Russian Orthodox Church is not creating its own private army to help maintain order on the streets, a senior church official said on Friday.”

“The church is not setting up a private army and would never attempt to do so. It is nonsense. The Russian armed forces already consist of 80% Orthodox believers,” said Dmitry Smirnov, who is in charge of the Moscow Patriarchate’s military relations department. (Link)

These statements were said after Kommersant, a Russian business daily, reported in an article on Friday that the church had proposed setting up Orthodox vigilante teams to help police patrol the streets and fight crime in Russian cities.

After I read all the Doom & Gloom that the Masters of Disasters wrote for the last few days, I was feeling depressed. So I went outside to see if Russia was as bad as they all say. For you see I live in Russia and I know that in America it was a big issue that Governor Sarah Palin was able to see Russia from Alaska, but I can see Russia as I walk around.

Here is what I found: I found lots of babushkas (Grandmas), mothers, children and lots of people walking their dogs! I found my favorite grocery store extremely busy as always. I bought a can of diet coke that cost me 16 rubles. I watched a team of ambulance drivers try to get a drunk woke up and on his feet, instead of laying in the snow. I saw 5 flats getting new windows and I found over a dozen snowmen made and at least a dozen being made. (by kids and adults) I also found the peace and quiet that I always find in Russia!

What I did not find was: The quagmire of criminal activity and seedy characters everywhere. (I did find a rude, crude and socially unacceptable driver that drove down the side walk honking his horn and flashing his lights to make people get out of his way. )

I was very glad that Russia was and is still Russia…..