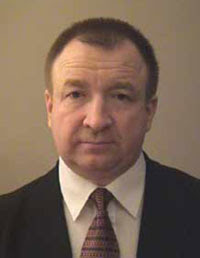 I have spent a few days studying a news article that was printed by the Drudge Report. The Drudge Report has headlined a study by a Russian analyst who predicts the collapse and ultimate breakup of the United States. Time seems to be telling, and the warning should not be ignored: (Link)

A leading Russian political analyst has said the economic turmoil in the United States has confirmed his long-held view that the country is heading for collapse, and will divide into separate parts.

Professor Igor Panarin said in an interview with the respected daily IZVESTIA published on Monday: “The dollar is not secured by anything. The country’s foreign debt has grown like an avalanche, even though in the early 1980s there was no debt. By 1998, when I first made my prediction, it had exceeded $2 trillion. Now it is more than 11 trillion. This is a pyramid that can only collapse.”

The paper said Panarin’s dire predictions for the U.S. economy, initially made at an international conference in Australia 10 years ago at a time when the economy appeared strong, have been given more credence by this year’s events.

When asked when the U.S. economy would collapse, Panarin said: “It is already collapsing. Due to the financial crisis, three of the largest and oldest five banks on Wall Street have already ceased to exist, and two are barely surviving. Their losses are the biggest in history. Now what we will see is a change in the regulatory system on a global financial scale: America will no longer be the world’s financial regulator.”

When asked who would replace the U.S. in regulating world markets, he said: “Two countries could assume this role: China, with its vast reserves, and Russia, which could play the role of a regulator in Eurasia.”

Asked why he expected the U.S. to break up into separate parts, he said: “A whole range of reasons. Firstly, the financial problems in the U.S. will get worse. Millions of citizens there have lost their savings. Prices and unemployment are on the rise. General Motors and Ford are on the verge of collapse, and this means that whole cities will be left without work. Governors are already insistently demanding money from the federal center. Dissatisfaction is growing, and at the moment it is only being held back by the elections and the hope that Obama can work miracles. But by spring, it will be clear that there are no miracles.”

He also cited the “vulnerable political setup”, “lack of unified national laws”, and “divisions among the elite, which have become clear in these crisis conditions.”

He predicted that the U.S. will break up into six parts – the Pacific coast, with its growing Chinese population; the South, with its Hispanics; Texas, where independence movements are on the rise; the Atlantic coast, with its distinct and separate mentality; five of the poorer central states with their large Native American populations; and the northern states, where the influence from Canada is strong.

He even suggested that “we could claim Alaska – it was only granted on lease, after all.” Panarin, 60, is a professor at the Diplomatic Academy of the Russian Ministry of Foreign Affairs, and has authored several books on information warfare.

The Drudge Report is a conservative United States-based news aggregation website run by Matt Drudge. The site consists mainly of links to stories from the U.S. and international mainstream media about politics, entertainment, and current events as well as links to many columnists. Occasionally, Drudge authors news stories himself based on tip-offs.

Doctor of political sciences, professor of the Diplomatic Academy Ministry of Foreign Affairs, Russia.
Prof. PANARIN is the author of nine books, «Infowar and power”, “Infowar and world”, “Infowar and election”, and others, and of many political essays published in various journals.

Prof. PANARIN often take part in different political discussions on the Russian TV on the main problems of Russian policy, development of relationships between USA and Russia and many others.
His main interests are history, philosophy, psychology, computer science, communication, election technology, conceptual problems of globalization, the theory and practice of infowar.

I have followed this column for years, just more thoughts to make you go Hummmm…