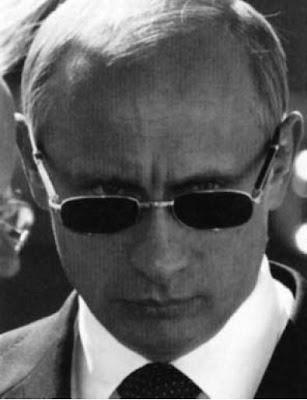 Today I watched a news flash that Putin explained to BBC that he will not return to the presidency before 2012, when presidential position comes up for renewal and only then will he decide if he wants to run at all.

Putin had to bring this up because it seems that everyone and their brother seem to think he is going to make a early return to President. When Medvedev extended the presidential term from four to six years the journalist went crazy over the fact that they were sure that Putin may return to the presidency soon.

Putin stepped down this year after serving two consecutive terms like he was suppose to. Medvedev has had to endure a constant barrage of journalists that never give up on Putin coming back.

Putin said “The next presidential election will take place in 2012… For now, everyone must fulfill his duties in his place,”. (Link)

He spoke about the fact that he had a very effective relationship with Medvedev and that they have worked together for several years.

I think that Putin may not want to be back as President and will be happy as Prime Minister for along time.

So all those that seem to want to see Putin as Russian President again: It will be awhile and could never happen!