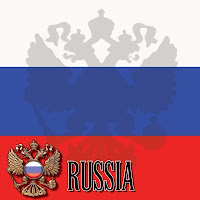 Russia is busy and at it again. We have watched the roads and have seen more new cars than anytime in my life. We see a lot of new Chevy’s and Fords now Nissan tells us how much they made:

“Sales of Japanese Nissan automobiles in Russia rose 29.7 percent between January and

November 2008, in comparison with the same period of 2007, to reach 134,677 vehicles, the Russian office of the company announced on Tuesday. November was not a particularly successful month for the company, however. It sold 7218 cars, 31.4 percent less than November 2007. Between January and November, Nissan sold 6970 Infiniti models (the maker’s luxury model), which is up 41.4 percent over last year. In November, it sold 719 Infinitis, an increase of 18 percent over November 2007.”

While Nissan has increased its luxury car market by over 41% the Russian Space Agency has extended its contract with NASA so that America can keep flying into space.

“Russia’s Federal Space Agency Roskosmos and the U.S. NASA have inked a modification to the current International Space Station contract for the pre-flight training of the U.S. crew members and the transportation services in 2011 and 2012, according to official webs of Roskosmos and NASA.”

Of course all this money from cars and space travel has to be kept somewhere. A bank merger to become one of the largest banks in Russia is happening as of now.

“The biggest holders of MDM Bank and Ursa Bank Sergei Popov and Igor Kim respectively are setting up a united bank holding that will emerge as one of the major private financial holdings in Russia, Interfax reported citing the official statement of both banks.”

While banks are heating up and growing we are having a growing heat wave. Moscow is not cold and records for warm temperatures are dropping everyday.

Speaking of warming up: Russia, China and the USA refuse to sign a ban for cluster bombs.

“100 countries are meeting in Oslo on Wednesday in a summit aimed at banning cluster bombs. The explosives have been guilty of causing numerous injuries to civilians in many conflicts.”

Now that Russia, China and the USA are cluster bomb buddies and plan on using them at any opportunity maybe they should all get together and work on nano-science together. That would make some great science fiction movies come true.

“Russia’s bid to step away from an economy based on producing and exporting energy and metals has moved in several directions. One of them is Rosnano – a state-owned non-profit company that promotes and finances nano-science and nano-technology projects.”

So last but far from least is another issue that Russians seem to be working on:

“Sociologists report a drastic change in Russian people’s attitude to representatives of other nationalities. Russians’ sympathies to Georgians, Ukrainians and Americans reduced most of all. The sympathies of the Russian population reduced considerably to those, whom the Russian public opinion blames for the war in South Ossetia, including the USA”

Seems that Russia is having another wonderful week, we did not even touch upon the NATO issues that made the Kremlin happy!

Nor will we at this moment because “NATO called upon Russia on Wednesday to refrain from “Confrontational statements” that could further harm relations between the military alliance and Moscow.” 🙁

We think they mean statements like: “Georgia and Ukraine are unlikely to join NATO within the next two decades, a chief analyst at the Russian Institute for Military and Political Analysis said on Wednesday.” 🙂

So you did not hear about NATO from us! (shhhhhh)