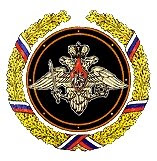 I was drinking my morning cup of coffee & came across this tidbit of information. This is an interesting way to get more troops into an area. Railroad Troops….(Railway Troops — a specifically Russian institution that handles many aspects of civilian transport.)
—————————————————————-
MOSCOW, May 31 (RIA Novosti) – Units of Russia’s Railroad Troops have started rebuilding railroad infrastructure on the territory of Georgia’s breakaway region of Abkhazia under a presidential decree on humanitarian aid to the self-proclaimed republic, the Defense Ministry said on Saturday.

“In accordance with the Russian president’s decree on humanitarian aid to Abkhazia and a request by the Abkhazian authorities, units from the Russian Railroad Troops and special non-military equipment have been dispatched to rebuild railroads and infrastructure [in Abkhazia],” the ministry said in a statement.
—————————————————————-
I wonder are these troops considered non combat troops? I guess I have to research the Russian Railway Troops!

PS: After reading about them I would have to say that they are combat trained, but they perform mainly construction work on transportation systems! The catch is that they can be quickly brought into battle because they are kept at a high level of alertness & training. 🙂