NATO Says: Georgia Stop The Drones & No We will Not Listen To Abkhazia! 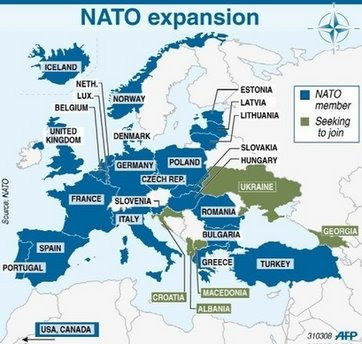 NATO said: “Georgia will stop sending unmanned planes above its breakaway republic Abkhazia. The decision was made after a meeting of the UN Security Council called at Georgia’s request. However, Georgia says it will start using the drones again if it thinks it’s necessary.”

Looks like NATO was also being pushed to investigate the drone situation again. That is good, what NATO said was a fabricated report of a one sided story…..

The search for an opening to the crisis has taken place behind closed doors this time. For the second time in as many months the UN Security Council discussed simmering tensions in Georgia’s breakaway republic of Abkhazia, and as before, Abkhazian officials were left out. However, the country’s Foreign Minister, Sergey Shamba, said that even if they hadn’t been, it wouldn’t have changed much.

“Even if we’d been invited, I don’t think the council would have treated what we’d have said objectively and impartially, because it only recognises Georgia’s right of territorial integrity and ignores Abkhazia’s right to self-determination,” he said.

He added that then at least the members would have heard both sides.

If there were any hopes for healing ties between Georgia and Russia, they were destroyed last month when a missile from an unidentified fighter jet hit Georgia’s spy plane over Abkhazia. While officials in the breakaway region immediately claimed responsibility for the incident, Tbilisi still insists it was all Russia’s doing.
———————————————————————–
This is a comment that a reader left:
I’m not sure what you’re trying to get at. Are you insinuating that the only reason Abkhazia and Georgia cannot resolve their differences is because Abkhazia doesn’t want to see Georgia get into NATO?

I would agree with the fact that the entire world, media, and governments seem to conveniently always focus on Georgia’s demands rather than WHY Abkhazia doesn’t want anything to do with them. It’s hypocritical at this point.

Abkhazia has a valid claim and Georgia needs to understand that its oppressive ways are no longer tolerated or acceptable to Abkhazians. They should really just give it up and stop harassing their neighbors and focus on their own turmoil within their borders. It seems that they have their hands full as we speak.
———————————————————————–

My reader was correct, Abkhazia has a valid claim! Georgia needs to solve their own issues at their capital of Tbilisi first.