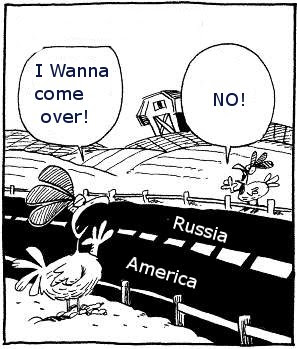 The writing is on the wall! This is a common statement from my childhood and one that I use even in this day and age.

Russia in the stages of, the beginning to reach the end. Other words Russia will definitely end poultry imports from the USA as of January 19 due to health concerns, Putin says local producers can fill domestic demand and even start exporting poultry within 4 years.

Putin made a statement, “If positive trends remain, in four-five years maximum we will be able not only to meet 100% of internal demand of poultry with our domestic goods but also to win a significant place in the global market.”

American press comes back with saying there’s no scientific proof to that claim, with the U.S. Agriculture Secretary’s warning that the Russian rejection could hurt bilateral relations.

I will tell you that the stoppage of chicken imports by Russia will seriously hurt U.S. poultry producers, with Russia being the number one export market for America chicken. Russia imported 77% of her chicken from America in 2009. But that chicken that was imported was under duress the whole time. Russia has for quite a while been telling America that you must meet our guidelines on chicken. Which are basically the same guidelines that have caused Europe to have had a ban on U.S. poultry, for since 1997.

Looks like this is much deeper than just a chicken quality issue. I see “the writing on the wall” and this is telling me that this is just the beginning of multiples of changes coming in the world order. America always thinks the world revolves around her interests and can not foresee anyone saying “No”!

“Ouch” says America! You see America is not the only country the exports chicken. Brazil, the EU, Thailand and China also export chicken and I see some hands in the air already asking to be let in the door. Everyone wants to increase sales.

What with US tariff issues on Chinese chicken, China will just turn her head next door. Also definitely do not forget that the EU is next door also…

PS: Sometimes the only way to become self sufficient is to get a “stiff upper lip” and take a beating for a while. In the end Russia would come out way ahead on using local chicken production and growing until they can export…