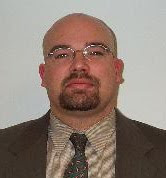 The National Interest: “The problem is simple: not only are many Russian and American interests today out of alignment, the political realities in both countries work against any effective partnership being developed. This is because there is a major difference in how partnership/partnyostvo is defined in Washington and Moscow. For any American administration, a “partner” of the United States helps to advance the U.S. national interests, especially through burden sharing. We look at the world and believe that a partner should be assisting us in meeting the most critical national-security challenges we face—Afghanistan and Iran in particular. Russia’s efforts to use the critical northern transport route to Afghanistan as a point of leverage, and its unwillingness to apply the kinds of pressure against Tehran we know could be employed, are not the acts of a true partner. From Moscow’s perspective, Washington’s continued indifference to some of Russia’s most vital security and economic interests in its neighborhood—and sometimes active opposition to them—are likewise not what one expects of a partner. “Ruka ruku moyet” (One hand washes the other) is at the fundamental definition of what partnership consists of, in the Kremlin’s view.” (Read Rest of Article)

Nikolas K. Gvosdev, a senior editor at The National Interest, is a professor of national-security studies at the U.S. Naval War College. The views expressed are entirely his own.
Windows to Russia!
comments always welcome.