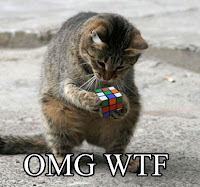 The Nabucco pipeline has been used to slap Russia in the face time and time again. This pipeline has also been touted as the answer to break the Russian Bear’s hold on Europe…

But there has been a huge flaw from day one and that is getting gas to fill the pipeline. It seems that in the last few months Europe has come to a realization that Russia, is the only way to fill the pipeline that is to save Europe from the Evil Russian Bear… (interesting thought…)

Now – South Stream and Nabucco, the two major southern European pipeline projects, linking the Caspian region with Europe, should join forces! According to Paolo Scaroni, head of Italian energy company, Eni. He even states that even some of the pipeline sections should be combined to save costs and be more efficient!

Now that is a sure fire way to get gas to fill the pipeline, that cannot be filled (Nabucco): Get the one gas line guaranteed to be filled (South Stream), to connect to your empty pipeline. That way if the day comes that you can fill the Nabucco pipeline because you blow up Iran and get that huge gas field to fill Nabucco with, minus the sanctions of course. You can just cut the Russian gas off and thumb your noses again at Russia…

Isn’t that a sweet thing to do?