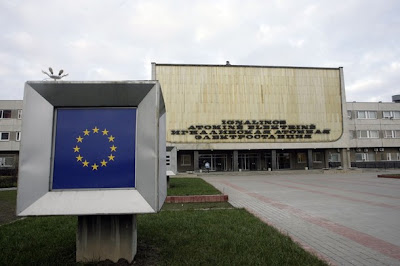 Russia is smiling all the way to the bank on this situation. Lithuania is going to almost be totally dependent on Russia for their electrical needs. Can Lithuania afford the electricity bill?

Lithuania is to shut down its one and only nuclear power station in Visaginas on 31 December. One hour before midnight, staff at the Ignalina plant will flick the switches, shutting down the only nuclear reactor in the Baltic states. The closure of the Soviet-era plant was a condition of Lithuania’s membership of the European Union.

This nuclear power plant supplies 80% of Lithuania’s power needs. With the plant turned off, Russia has to take up the energy slack and it will skyrocket the cost for Lithuania. Is the EU going to help pay the electricity bill?

The people of Lithuania have had a terrible time with the global financial crises and already are almost under water, so to speak. But the Lithuania government is so gung ho on getting in and staying in the EU that they do not care what happens to the people. So let em pay until they bleed…
Does anyone ask, is it worth it? Because it is not!
Russia has the energy to spare so Lithuania will have her electricity but that is not the point is it?
Lithuania has chosen the wrong path (EU) and will pay dearly for it. While Russia picks up the pieces as they crumble over time…
Happy New Year – Lithuania!
Windows to Russia!
comments always welcome.
PS: They have plans to build a new nuclear power plant – but that is not until 2015 or so. Right now there is no money and Lithuania and or the EU does not have the money (9 billion dollars) – so it looks like the new power plant could be much delayed in construction. They say that there was at least 15 years of life left in the old plant…??? (But the EU refused to delay the closing.)