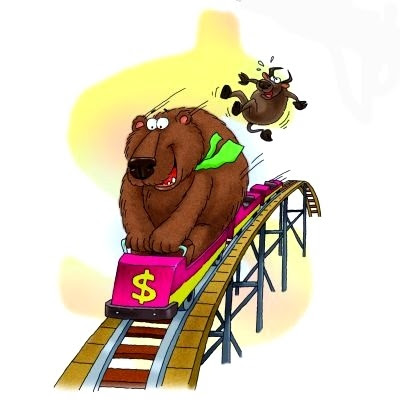 Seems the Russian Stock Market is a real roller coaster…..

jumping phenomenally in the first hours trade. Friday is the first days trade after the RTS and Micex were closed on Wednesday to allow regulators and the exchanges to reconcile a repo backlog, triggered by a major share slump on Monday and Tuesday. During this time the government announced a $45 Billion liquidity injection into the financial system, and announced additional measures to underpin the stock market.

The RTS key index gained more than 12 per cent and the MICEX index rose by more than 15 per cent, and at 11.05 Moscow time (07.05 GMT) both Russia’s major stock exchanges suspended trade in all shares.” (Link)

I studied the responses the last few days from the Kremlin. Seems that all the companies in Russia are looking to buy their own stock back cheap, very cheap!

I understand their thoughts and I think that they are on to something. The market opened at 10:30 am and due to the fact that everyone in the world knows that the stocks are very, very, and very undervalued in Russia, by 11:00 am Moscow shut the doors again to stop the 12% increase and ensuing calumnious results. In a half hour the best deal in stocks on earth were getting ready to flame again but in the opposite direction that was happening two days before.

Seems that a lot of business people outside the Russian borders (USA) did the usual panic and run. Now they are trying to get back in the door after realizing that they messed up. The Russian financial system is sound, strong and out of debt. Unlike the American financial system that is broke, unsound, $10,000,000,000,000 dollars in debt and prints money for any reason.

I myself hope that Russia is careful who (internationals) they allow to play in Russian finances. Seems like this is a good time to clean out the undesirables.