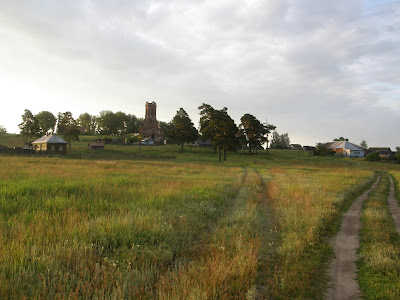 Our Village. The Village: Sunrise to freedom that we go to has had another death. A 83 year old lady that I called Goat Lady died of cancer recently. It was not known until to late.

There are only about 10 people left in the village.

We found out about it through Svet’s Mother and her son Misha! They are down at the village enjoying some fresh air and sunshine.

There are only about 10 people left who live full time in the village.