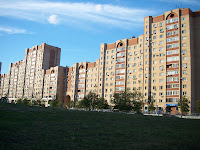 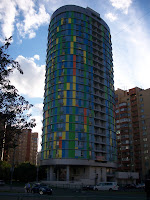 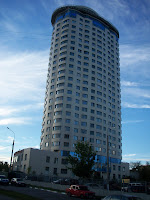 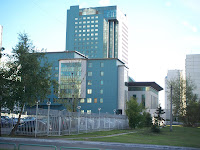 I was thinking again but no coffee this time. I was drinking Diet Pepsi, Yummy!

Well now Svet has brought pictures of the new architect that is being built in Moscow. Russia is replacing older flats that were built in an era that needed quick housing. (Other words the buildings are falling down around the people living in them.)

I think, she took really good pictures and I am going to post them, this gives you an idea of what Moscow looks like.

I am also going to post pictures of a car wreck that Svet took. (I told you know one is safe!)

It is a wreck between a car and a bus. 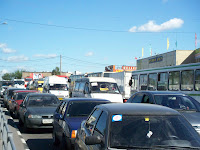 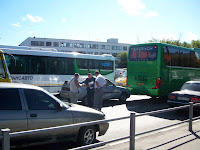 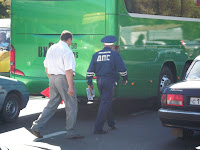 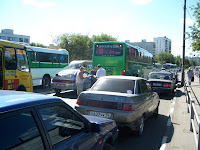 So now you know a little more about life in Russia.