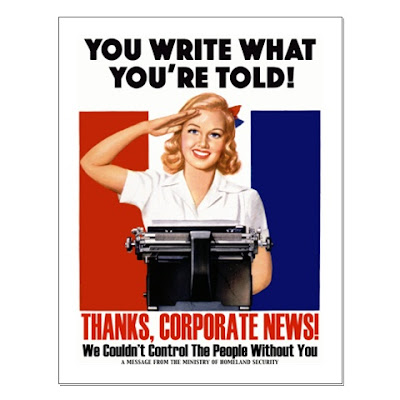 I have tried to see what the USA has to gain by lying in such a dogmatic; dictatorial way!

* (Stupidity (also called fatuity) is the property a person, action or belief instantiates by virtue of having or being indicative of low intelligence or poor learning abilities. Stupidity is distinct from irrationality because stupidity denotes an incapability or unwillingness to properly consider the relevant information. It is frequently used as a pejorative, and consequently has a negative connotation.)

I now have no doubt that the so called major free press in America is one of the least free medias on earth. The major news sources print nothing but what they are told to print. Seems that the USA Government controls the media, at least the major sources. Take a look at these statements that come from Western Media……….
——————————————————————————
Time Magazine Prints:

Moscow’s ruthless attempt to suborn, subdue and subordinate this tiny, independent democracy is reminiscent of Stalin’s times. The assault on Georgia is similar to what Stalin’s Soviet Union did to Finland in 1939: in both cases, Moscow engaged in an arbitrary, brutal and irresponsible use of force to impose domination over a weaker, democratic neighbor. The question now is whether the global community can demonstrate to the Kremlin that there are costs for the blatant use of force on behalf of anachronistic imperialist goals.

Washington’s response to the crisis in Georgia this morning, declaring “solidarity with the Georgian people” after a series of meetings with intelligence and national security advisers in which reports of continuing movements by Russian forces in the region raised fears that Moscow might still be pursuing military ambitions in the country. The sum effect of Bush’s statements was to turn what had been a cautious approach from Washington into an aggressive one, and it raised the possibility of a sharper confrontation with Moscow.

Bush raised the rhetorical temperature several degrees in his statement. “Russia’s ongoing action raised serious questions about its intentions in Georgia and the region,” Bush said in a Rose Garden announcement Wednesday. In a veiled threat of isolating Russia from the World Trade Organization, the G-8 and the NATO consultative relationship it has held for more than a decade, Bush said Russia was “putting its aspirations [of international integration] at risk.”

The US secretary of state has warned Russia that it risks isolation abroad if does not observe a ceasefire with Georgia and withdraw its troops.

Washington is showing unwavering support for Georgia in its conflict with Russia, a BBC correspondent notes.

It had already arrived off the coast of Turkey to take part in the operation.

But the diplomat said that following the fighting in the breakaway Georgian region of South Ossetia, Washington had withheld its agreement for the Russian ship to join the mission, launched after the September 11, 2001 attacks on the United States.

A Russian military convoy challenged a cease-fire agreement Wednesday and rolled through a strategically important city in the former Soviet republic of Georgia, which claimed fresh looting and bombing by the Russians and their allies.

“The United States stands with the democratically elected government of Georgia and insists that the sovereignty and territorial integrity of Georgia be respected,” Bush said sternly in Washington.

Bush and the Embarrassment of a Speech: He forgot that Georgia killed South Ossetians, In fact GWB forgot about everything but Evil Russia!

Russia’s Foreign Minister Sergei Lavrov clarified yesterday the standing of Moscow in respect of the peace deal with Georgia. Russia heads for the international recognition of Abkhazia and South Ossetia and insists on excluding Georgian military from peacekeeping forces in the conflict area. It looks like the West will have to bargain implementation of these terms. Moscow will not hold negotiations either with Mikheil Saakashvili or his people.

U.S. President George W. Bush threatened Russia with international isolation yesterday and announced the beginning of military intervention in the Russian-Georgian conflict. As part of its humanitarian operation in Georgia, the United States is sending military airplanes and ships to deliver aid to the victims of the war and to guard Georgian ports and airports. At the same time, an even more powerful military force, fresh from exercises of a naval blockade of Iran, are converging in the Persian Gulf.

The U.S. secretary of state has said Russia faces international isolation if it does not honor a ceasefire with Georgia.

“[There is a] very strong, growing sense that Russia is not behaving like the kind of international partner that it has said that it wants to be,” Condoleezza Rice told a news conference on Wednesday.

“I listened to George Bush’s statement … and was surprised … the facts he cited are untrue,” Lavrov said, echoing earlier denials by Russian officials that Russian troops were not advancing on Georgia’s capital Tbilisi.

Russian peacekeepers are removing equipment and weapons from an arms depot discovered near the Georgian town of Gori, close to the border with South Ossetia, a peacekeeping spokesman said on Wednesday.

“We have discovered an undefended Georgian army depot containing a significant amount of military hardware and weapons near the town of Gori. The military hardware is in full working order and combat ready,” the spokesman said.

The total number of refugees from South Ossetia has topped 34,000. Convoys of refugees continue to stream into Russia’s southern regions, where they are being provided with food and shelter. And with the humanitarian corridor now open, aid is continuing to arrive.

Saakashvili the glorified USA puppet, attacked a sleeping city of South Ossetians! He used Grad rocket launchers to bombard the Ossetians into submission and killed several thousand of them in a matter of hours. Now the USA ignores what Georgia did and plays a game of threating: Bush only talks about the USA unwavering support for a homicidal maniac and Russia better watch their P’s & Q’s.

The last shred of faith that I had in my Government has gone down the drain. My Grandma would have said: “Get your boots on, the cow piles are getting deep!”