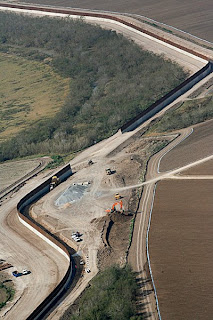 I was drinking my morning cup of coffee here in Moscow, Russia and looking at the headlines today. Wanna know what?

They kinda suck except for the last article.

Once again American press ignores Russia and has only concentrated on China and China’s verbalization of replacing the dollar. Well I hate to tell you all this but this time it started from Russia. Medvedev has put out the word and China has made a statement that, yes it is time to consider the possibilities of a new world currency. This is going to be one of the main issues at the G20 meeting coming up. Russia has a new plan of attack on the Global Financial crises, that China is very open to discussing. That is why Obama has come out and said, That the dollar is sound and stronger than ever! (Yup)

Then America went and added fuel to the fire and flamed China again. By printing a report that was very very negative about the Chinese military. (China spends 10 times less than the USA on military.) I am not sure – but I really think that America needs to get some new PR people that will at least try to work with other countries.

I did a real study into the Great Wall of Mexico and I will tell you that we got problems in America and the wall is an example of what is the wrong way to correct the problem unless you have ulterior motives behind it. Take a look at these pictures of the wall, you will be shocked when you see the size of it. Does it keep people in as well as out. (Yes) (Link)

In Russia it has been a very well know issue that much of the Mexican drug cartels are well equipped with American weapons. Well it seems that Clinton has acknowledge that could be true to the Mexican government. Maybe America needs to quit selling arms to the Mexican Drug Lords!

CNN or Time had an article on: “Is Mexico the Next Iraq or Afghanistan?” That is just great “U.S. officials tell ABC News that President Obama has been told the Mexican cartels have become a criminal insurgency, threatening to turn Mexico into an Iraq or Afghanistan.” With American weapons…

It also seems that America and Japan can not get North Korea out of their brain. Is it my imagination or do some countries have fantasies about Evil Empires that want to destroy the world. There seems to be no lack of evil empires: Russia, China, North Vietnam, North Korea, Mexico, Venezuela and there are many more. It is time to leave these fantasies at the theater.

Now The Western press is lit up with headlines that say: “North Korea has placed Missile on Launch Pad!” and U.S. Secretary of State Hillary Clinton has warned North Korea that the firing of a missile of any kind would be a “provocative act.” I do not see any Eastern press getting all excited with the exception of Western driven South Korea press.

I have wondered how they know it is a missile and why do they insist that it is a missile. I swear that everyone thinks that this is a doomsday missile and will destroy the earth in one explosion! Japan says: “We will shoot it down if it looks like it will fall on us!” I foresee the missile being shot out of the sky as it is going up to the heavens. Japan will say, I know it started to fall on us…

Lets end with some good news: From Moscow, Russia…

A 39-year-old Muscovite has given birth in one of the city’s metro stations, the Life.ru news website reported on Thursday.

The woman was nine months pregnant when she went into labor at the Altufevo station in the north of Moscow, Russia.

She asked police officers at the station to call an ambulance, but she had given birth to a healthy boy before medical assistance arrived.

Moscow needs more babies and I bet that was an excited station. I can just see the looks on the Metro Cops faces. 🙂