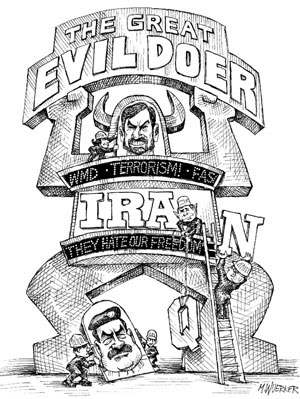 The Dutch intelligence service, the AIVD, has called off an operation aimed at infiltrating and sabotaging Iran’s weapons industry due to an assessment that a US attack on the Islamic Republic’s nuclear program is imminent, according to a report in the country’s De Telegraaf newspaper on Friday.

The report claimed that the Dutch operation had been “extremely successful,” and had been stopped because the US military was planning to hit targets that were “connected with the Dutch espionage action.”

The impending air-strike on Iran was to be carried out by unmanned aircraft “within weeks,” the report claimed, quoting “well placed” sources.

The Jerusalem Post could not confirm the De Telegraaf report.

According to the report, information gleaned from the AIVD’s operation in Iran has provided several of the targets that are to be attacked in the strike, including “parts for missiles and launching equipment.”

“Information from the AIVD operation has been shared in recent years with the CIA,” the report said.

On Saturday, Iran’s Deputy Chief of Staff General Masoud Jazayeri warned that should the United States or Israel attack Iran, it would be the start of another World War.

On Friday, Ma’ariv reported that Israel had made a strategic decision to deny Iran military nuclear capability and would not hesitate “to take whatever means necessary” to prevent Teheran from achieving its nuclear goals.

According to the report, whether the United States and Western countries succeed in thwarting the Islamic Republic’s nuclear ambitions diplomatically, through sanctions, or whether a US strike on Iran is eventually decided upon, Jerusalem has begun preparing for a separate, independent military strike.
——————————————————————————-
Can they wait until after we travel to Israel in October? (Like how about: No War!)

We really want to go to Israel and see the Holy land before it gets redecorated!