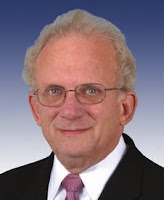 The Chairman of the House Committee on Foreign Affairs at the US House of Representatives Howard Berman is in Moscow to prepare for Barack Obama’s upcoming trip. He gave an insider’s view on the meetings that have been conducted so far. He gives a good interview that will give people a better point of view of what is happening on this side of the world instead of all the Russia evil articles that the Western press is putting out right now instead of the truth.

I used this particular video because it is from a very important official from America. Many people always down trodden Russia Today interviews and try to lay on the conspiracy theory game.

Well tell me that: The Chairman of the House Committee on Foreign Affairs at the US House of Representatives Howard Berman is a conspiracy of lies as he talks positive about Russia and Americas future…

On June 21, Time – “Russia Cracks Down on Political Art.”

The Washington Post – “Far Eastern City Sees Kremlin as Cause of Its Troubles.”

and so on and so on and so on – All of a sudden there has been a slew of articles that paint a bad picture of Russia. (Every article only gives some of the information and that is only the information that supports Western ideas about bad Russia.) I can tell you that things are not what the Western press tells you they are. In fact I see a tremendous inaccuracy of facts issue getting bigger as Western press closes down their foreign offices due to lack of money in the States…

The dark black picture that America paints with their press about Russia left out a important issue: “The sun is shinning in Russia!”