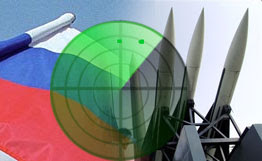 Russia’s Defense Ministry has not ruled out the possibility of building up troops on Russia’s western borders following the suspension of the Conventional Armed Forces in Europe (CFE) Treaty. )
)

On July 14, 2007, President Putin signed a decree on Russia’s suspension of the CFE Treaty and related international agreements. Putin had stated earlier: “Russia’s missile testing programs and the suspension of the CFE Treaty were in response to unfounded actions by Russia’s partners, namely the United States, to build missile shield in Europe.” (http://www.iht.com/articles/ap/2007/06/03/europe)

The State Duma is due to consider a bill on the suspension of the CFE Treaty Wednesday. Duma Chairman Boris Gryzlov said on Tuesday that many: “European countries and the US have not ratified the treaty, and deputies considered it necessary to suspend it. European countries have had three years to express their attitude towards the treaty, but they have not done so.”
(http://www.asil.org/insights/2007/07/insight)

By the way Russia voted to pull out and have given their 150 day notice to NATO.

So all in all, The Games That Countries Play Go On!