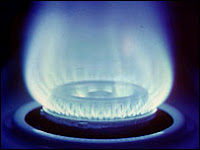 Funny thing has happened in the last few days, Ukraine has finally admitted that they stole Gas from Russia…

Ukraine to return gas to Rosukrenergo

from Russiatoday.ru
Ukraine will return 1.3 billion cubic meters of Russian natural gas to the Swiss-registered company Rosukrenergo, according to Ukrainian Fuel and Energy Minister Yuri Prodan.

In March Naftogas admitted siphoning gas belonging to Rosukrenergo and storing it underground. According to Ukraine’s energy minister, the gas which is to be returned comes from Central Asia and is part of this year’s allocation.

Russian gas monopoly Gazprom buys gas from Central Asia and resells it to Ukraine via RosUkrEnergo, which is the exclusive gas exporter to Ukraine. It charges just over $179 per thousand cubic meters.

Central Asian producers demanded a much higher price for their gas, from Russia, and this gas, the bulk of it, is being passed on to Ukraine. So the increasing price of central Asian gas means an automatic increase in the price of gas for Ukraine. Gazproms position has been very firm, they have said basically that ‘we need to receive all back payments for the current year, and all the debt that has accumulated so far before we can decide what the price for the next year for Ukraine is going to be.

This has been an on going problem for years. From what I have been reading Ukraine goes back for years stealing Gas! The stealing Gas is on top of owing over a billion Dollars to Russia for past Gas purchases.

Why is this allowed to happen?

Western media does not tell the true story: Ukraine has a payment track-record that makes a failing bank in the USA, a good bet, Ukraine is stealing the gas, siphoning it off, as it transits Ukraine into Western Europe.

So lets stop the stealing: Not so easy to do, the free press (sorta) of the West just doesn’t like the idea that democratic Ukraine could be anything other than on the side of the angels. The western, liberal media is so bound up in its evil anti Russian campaign, it will twist the story to bring you the news that always puts Russia in a bad light.

So it is not being allowed to happen, you just hear the side of Ukraine and see their fake Democratic tears flowing down their face while they point their finger at evil Russia!

Now Ukraine has admitted to stealing. They really are Democratic!