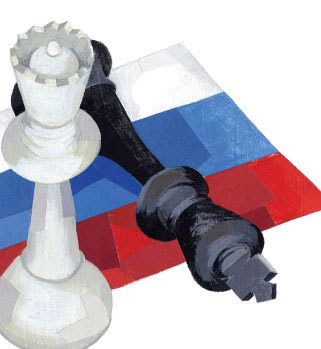 Americans have played Democracy a lot longer than Russians have. It dawned on me that Russian people really do not know what a President is all about. I grew up with the concept as an American. My wife does not understand, her life was Communism & many times she wishes that it still was that way!

I remember reading that America wanted George Washington to be a King! I am sure that idea took awhile to leave the minds of people who had lived under a King all their lives.

1991 was the first Russian President Boris Yeltsin, by my count 17 years is not a very long time. I think that older Democracies need to have a little more finesse toward other countries that are at least making an attempt at trying.

It has been made clear to me, by living in Russia that America is only pushing Russia the wrong way. America needs to learn to play chess……

Makes you think about all the slam dunking America does against Russia. Wrong chess moves…….