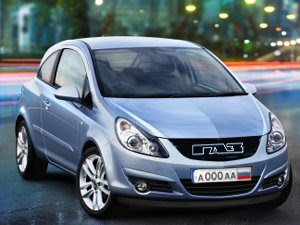 While drinking that wonderful cup of coffee here in Moscow, Russia. I was doing some thinking about what I had read about Sberbank and GAZ. They have thrown a very good proposition out for GM’s branch of Opal cars.

In Russia one of the most popular cars is the Opel. You will find dealerships even in smaller towns in Russia. This is a car that all Americans should have on their roads, but alas that is not to be. GM is having to sell off their Opel branch and the world is jumping through hoops to try to get it.

Why would everyone want this car company if GM can not make it work?

GM has such a disaster for a company that they allowed the American components of the business destroy the viable and feasible components of their international business. Opel is a goldmine on this side of the world.

This car in Russia has a fantastic reputation it is stylish, holds the family comfortable and is tough enough to withstand the famous roads of Russia!

That is all you can ask of a car. (Lets watch the video.)

But what’s in the deal for Russians?

GAZ, just recently launched an assembly line for its own version of the American – Chrysler Sebring called the Volga Siber. This was done when Chrysler first showed weakness and impending doom. This gives GAZ advanced designs and knowledge to better prepare for the future. GAZ seems to have other big plans for popular foreign makes. Now that GM is knocking on the door of bankruptcy and total nationalization. Opel has been thrown to the wolves. Opel is on the top of the GAZ list to buy.

All the while the Auto industry moves explicably to the East and leaves the West and the skeletal remains of a once powerful City in the Heartland of America: Detroit!