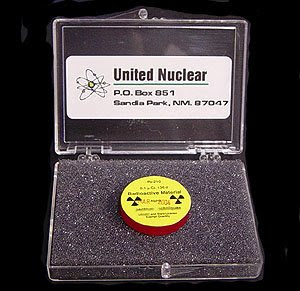 This article about Litvinenko is worth reading and this video is worth watching. I realize that almost everyone in the world is convinced that Russia killed the man…

It’s a year since Moscow ruled out extraditing Britain’s main suspect in the murder of Aleksandr Litvinenko. No evidence has been produced by the British, which has led to a surge in conspiracy theories.

Veteran US investigative journalist, Edward Jay Epstein, has probed the story. He believes it could be a case of nuclear smuggling gone wrong.

“What I personally believe is that the polonium-210 was smuggled into England for the purpose other than killing anyone. Those were just accidental contaminations. That is what happened, like the spreading of a virus. That may prove to be wrong but that is the theory I think is the simplest and most consistent,” Epstein says.

In an exclusive interview to RT, he said too many questions remain unanswered, and he has had to come as far as Moscow in search of answers.

At first the Russian authorities were reluctant to give Epstein access to the files, but eventually he was allowed to see the extradition papers submitted by the British for their chief suspect, Andrey Lugovoy – documents no one else in Britain has seen.

”I saw the actual material in which they accuse Mr Lugovoy of being the assassin. It is not conventional evidence: first you show someone has a motive, there is not a word that goes to motive then you may have witnesses that saw something or video cameras” adds Epstein.

What struck the American journalist most was the flimsiness of the British case. There was no post-mortem report – something that one British journalist also finds suspicious.

“We believe that the British held a post-mortem examination, the details of which according to the American journalist Edward Epstein have not been given to the Russians. This of course casts doubt on all the information we’ve had about how and why Litvinenko died,” Mary Dejevsky from The Independent, says.

Dejevsky argues that the more you look at the case the more holes there are and the more superficial it seems to be.

”I do not think that the British public know any more today than they did immediately after Litvinenko died,” Dejevsky says.

The case is still in limbo with the extradition request for Lugovoy not helping to improve relations between Moscow and London.

One theory has it that the British request for extradition was made in the full knowledge that the extradition would be refused under the Russian constitution. They did this, the theory goes, because they actually did not want Lugovoy in London with his detailed account of how he was approached by MI6 – who allegedly tried to recruit him.