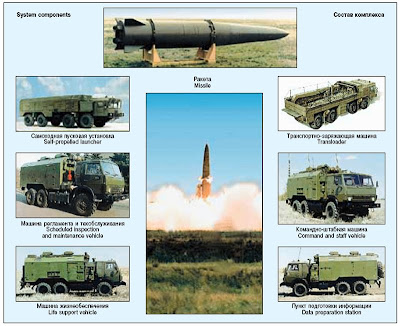 The president of the unrecognized republic of Transdniester said they never asked for, but would not mind hosting, Russian Iskander missile complexes to counterbalance US ABMs in Romania.

“In fact we never requested anything as our armed forces are sufficient,” said Transdniester’s President Igor Smirnov on Monday during his visit to Moscow for talks on bilateral relations.

At the same he mentioned that the unrecognized republic would not mind hosting Russia’s Iskander operational-tactical missile complexes (SS-26 by NATO classification) as a response to the US plans to deploy components of their ballistic missile defense in Eastern Europe.

Looks like an interesting thought and counter balance to Romanian missiles…

I do not see much headway happening on America and Russia missiles talks! Except if you count putting defense missiles in little countries around Russia…