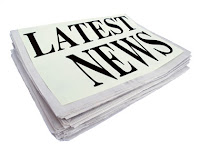 Zelin, today denied any links of the Russian military aviation to the shooting-down of an unmanned aircraft in Abkhazia’s airspace. ”The Russian air force had nothing to do with it, we have absolutely no business on the territory where the incident took place,” he told journalists.

RBC, 22.04.2008, Moscow 17:23:10.President of the Russian Union of Industrialists and Entrepreneurs Alexander Shokhin told journalists today that a decision on a VAT rate change must be made as soon as possible. Tax decisions should be made before a long-term program (until 2020) is approved and a three-year budget is presented to the State Duma, Shokhin noted. He was wary that tax changes would not be reflected in the three-year budget and, as a result, would not be implemented until 2012.

RBC, 22.04.2008, Sochi 16:28:45.Russia’s Prime Minister Viktor Zubkov assured the International Olympic Committee’s Coordination Commission during today’s meeting that Sochi would be fully prepared for the 2014 Olympic Games. The PM pointed out that a presidential council responsible for preparations for the Olympics had been set up and that its presidium maintained strict control over the preparations. Combined with Russia’s economic and political stability, this gives confidence that an ultra-modern sports center, as well as an international resort will be built in Sochi, Zubkov noted.

RBC, 22.04.2008, Moscow 16:00:46.Less than an hour and a half before the close of today’s special dollar trading session for tomorrow deals, the weighted average exchange rate stood at 23.39 RUB/USD, RUB 0.04 lower than the official rate set by the Bank of Russia for April 23. The current developments on MICEX can be attributed to the dollar’s continuous decline against the euro on international exchanges. The latter is now trading at roughly USD 1.5940, up from around USD 1.5930 as of 3 p.m. Consequently, the European currency has advanced some 0.1 percent against the dollar on the global market over a short period.

RBC, 22.04.2008, Moscow 15:56:29.Russian President Vladimir Putin has invited the leaders of the CIS countries to participate in the 12th St. Petersburg International Economic Forum scheduled for June 6-8, the Russian President’s press office reported today. Among the forum’s main topics will be “National Economic Interests versus Global Governance Institutions” and “SWOT Analysis of the Russian Economy – Global Challenges and Opportunities up to 2020”. Putin also offered the CIS heads of state to hold an informal meeting as part of the forum program.