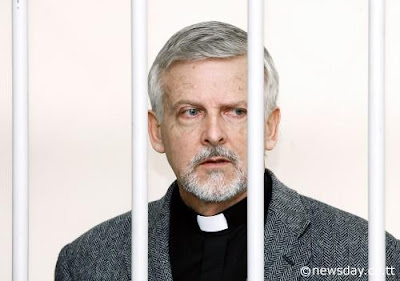 Looks like Russian Courts did not believe Pastor Miles either. He has been coming to Russia since before the fall of the Soviet Empire!
—————————————————————
A Russian court on Monday sentenced a U.S. pastor to three years in prison for illegally bringing hunting ammunition into the country.

Phillip Miles was arrested in a Moscow airport in February for smuggling in a box with 20 rounds of undeclared hunting ammunition in his luggage.

Miles said at the time it was a present for his friend, a pastor from the Urals city of Perm.

Sheremetyevo airport: Pastor Phillip Miles was caught with bullets as he arrived

But the priest was allowed to continue his journey and was detained in Sheremetyevo on his way back from Perm.

The court rejected arguments by Miles, who has visited Russia more than once, that he was unaware of customs regulations for bringing in ammunition.