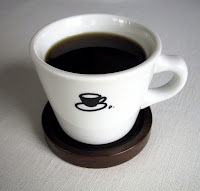 Russian cities are cold, even colder than usual:
The last time Russia saw exceptionally low temperatures was in the winter of 1997. It dropped as low as 28 degrees below zero Celsius in the early hours of December 15 and 16. Similar temperatures were recorded last week.

Iran to launch new-generation uranium centrifuges in 2011:
Iran plans to start using a new generation of uranium-enrichment centrifuges by March 2011, the head of the country’s Atomic Energy Organization said on Friday.

Daimler in talks to buy another 6% in Kamaz truck maker:
Auto giant Daimler AG is in talks with KamAZ to purchase another 5-6% stake in Russia’s largest truck maker, a Russian shareholder said on Friday.

Sapsan, Russia’s fastest train:
Sapsan, Russia’s first train capable of traveling at a speed of 250 kmph (155 mph), made its first commercial run between Russia’s two largest cities in a record time of 3 hours and 45 minutes.

Russia sets the terms for coming in from the cold:
The latest buzzword in Moscow is modernization. Everyone in Russia’s chattering classes is using it, from President Dmitry Medvedev to assorted economists, commentators, bankers and businesspeople.