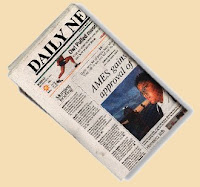 Tokyo overtakes Moscow as priciest city for expats:
Tokyo has overtaken Moscow to become the world’s most expensive city for expatriates, according to a survey by an HR and financial consultancy.

Russia’s row with Japan over disputed islands escalates:
Russia’s upper house of parliament has called Japan’s renewed claims on the Kuril islands an “insult to the Russian people,” and called for the visa-free travel regime between the islands and Japan to be ended.

Obamas dine with Medvedevs:
The Obamas have dinner with the Medvedevs at their Gorki residence.

Better trust yields first results – expert about Obama’s visit:
The Russian and U.S. presidents outlined a set of trust-building measures that could serve as the basis for a better relationship. There were no breakthroughs, but progress was tangible.

Medvedev says U.S. missile shield must balance others’ interests:
Russian President Dmitry Medvedev said Monday it is necessary to link any resolution of the U.S. plans for missile defense in Europe with other countries’ interests.