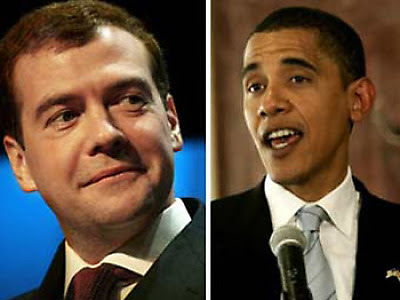 Obama got a taste of Russian life and attitudes. It is not the same as America. Lets have a small look at some of the complaints… 🙂

The Western press could not get over the lack of hoopla when they got off the jet in Moscow and felt that the treatment was just like any tourist. Also heaven forbid they were whisked away and in 15 minutes were at the Kremlin, with not a single adorning crowd member to wave at them…

The Western press was deeply disappointed that Michelle Obama did not get the same treatment as she did in England. They said that Russians could care less about Michelle Obama’s fashion style (you know how important that is!) and the only thing the Russians cared about was how wonderful Michelle Obama’s garden was… (Link)

Quote “There was virtually no interest here — in Russian headlines or interviews since the first lady’s arrival — in the coral-hued coat and Narciso Rodriguez dress that Obama had on as she stepped off Air Force One into an unseasonably cold July afternoon, and which she later wore, with flats, to the Kremlin, where her husband laid a wreath at the Tomb of the Unknown Soldier. Afterward, she and daughters Malia and Sasha toured the historic site, which sits alongside Red Square and St. Basil’s Cathedral. There were curious onlookers as the family’s motorcade snaked through the streets, but no cheering or waving throngs.” (OMG – How dare those Russians!)

Then the Western press said, when the two presidents shook hands with some Russian’s, the Russian’s only shook Medvedev’s hand most of the time…. (Could it be that Medvedev is the Russian president?)

PS: By the way the Russian press reported opposite of the Western press on this issue and really feel that they gave a good homey feel to the Obamas about Russia! (Russians respected the Obama’s privacy and that is a priority.)

Strange how thoughts of what is appropriate are different…