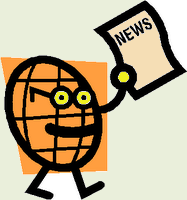 Russian warships to visit Cuba:
Russian warships are expected to pay another visit to Cuba as part of military cooperation between Moscow and Havana, the chief of Russia’s General Staff said on Friday.

Putin to meet corporate chiefs at Sochi investment forum:
Russian Prime Minister Vladimir Putin will meet with the heads of several multinational companies at an investment forum underway in the Black Sea resort of Sochi, a government official said.

Russia to help Cuba modernize weaponry, train military:
Modernization of the Soviet-made military equipment and training of Cuban military personnel will be the focus of Russian-Cuban military cooperation in the near future, the chief of the Russian General Staff said on Friday.

U.S. adopts four-phase plan for missile shield in Europe:
The United States has not fully abandoned plans to deploy elements of its global missile defense in Europe but rather adopted “a phased, adaptive approach” to their placement until 2020.

China, Russia to hold anti-piracy naval drills off Somali coast:
Chinese and Russian naval task forces currently on an anti-piracy mission in the Gulf of Aden will hold joint exercises on September 18.

Separated Siamese twins return to Russia:
Zita and Gita Rezakhanov, the two former Siamese twins from Kyrgyzstan who were surgically separated in Moscow in 2003, have returned to the Russian capital where they will be fitted with new prosthetics. This trip will probably decide their future. Both girls decided to become doctors, while taking a walk in Moscow.