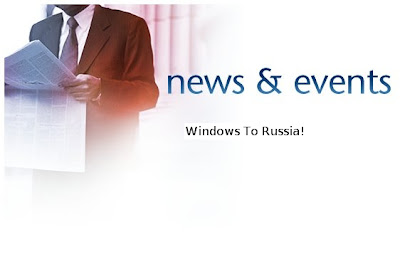 RBC, 25.03.2008, Moscow 17:46:23.Severstal reckons to achieve a synergetic effect worth $50m generated by the acquisition of Sparrows Point, the Russian steel

maker said. The company’s management expects that the synergy between the companies will result from lower expenses and higher operating efficiency.

RBC, 25.03.2008, Moscow 17:21:03.LUKoil and Iraq have agreed to form a working group for the implementation of the Western Kurna-2 project, the Russian oil company’s press office reported today, referring to the talks held by its President Vagit Alekperov and Iraq’s authorities. Furthermore, LUKoil Overseas, the operator of the oil producer’s foreign projects, is to take part in tenders for new projects that will be announced by Iraq’s government following the introduction of a new oil law.

RBC, 25.03.2008, Moscow 16:50:59.The Federal Tax Service has transferred RUB 555.5bn (approx. USD 23.3bn) to Russia’s federal budget in January-February 2008, or 31.7 percent more than in the same period a year earlier, the tax authority said in a statement. The tax on the production of mineral resources and the value-added tax accounted for large portions (45 and 24 percent respectively) of the total revenue reported by the Federal Tax Service.

RBC, 25.03.2008, Moscow 16:33:37.Consultations between Russia and the US on Russia’s accession to the WTO will be held on March 26-27 in Washington D.C., the Russian Foreign Ministry reported to RBC today. The talks are a logical continuation of the recent negotiations held in the “two-plus-two” format in Moscow, the ministry reported. Russia will be represented by Deputy Foreign Minister Sergei Kislyak.

RBC, 25.03.2008, Moscow 15:45:12.Russia’s revenue from oil and gas sales is expected to decline to 6 percent of GDP in 2011 if global oil prices stand at $75 per barrel, the country’s Deputy PM and Finance Minister Alexei Kudrin said during the Economy Ministry’s board meeting today. He noted, however, that the government did not intend to cut budget spending despite the anticipated slide in revenues. Kudrin reiterated that the transfer of oil and gas revenues to the federal budget was expected to decrease from 5.5 percent of GDP this year to 3.7 percent of GDP in 2011.

RBC, 25.03.2008, Moscow 15:38:25.A decision on the increase of gas production tax has been postponed until 2010, Russia’s Deputy Prime Minister and Finance Minister Alexei Kudrin told journalists today. He pointed out that the government had reviewed all presented materials on the matter and postponed the increase, due to Gazprom’s substantial investment program.

RBC, 25.03.2008, Moscow 14:56:27.During the placing of RBC Information Systems commercial papers, demand exceeded supply, resulting in oversubscription, Alexander Kuznetsov, Director for debt capital market operations at Alfa-Bank, has reported. Alfa-Bank is acting as the underwriter for the loan. The results of the placing will be announced this evening.

RBC, 25.03.2008, Moscow 14:13:07.Stabilization Fund resources placed by the Finance Ministry in foreign assets continue to bring profit, even amid the ongoing global crisis, Deputy PM and Finance Minister Alexei Kudrin said during an Economy Ministry board meeting today. He reiterated that the reserve funds had been placed conservatively, adding that he was pleased not to have charged to invest more boldly in corporate bonds, as these securities had now slumped 30 percent. According to Kudrin, although Russian money was placed in mortgage company securities that had been hit by the financial crisis, the market slump did not influence them, as these were bonds guaranteed by the US government, and the Russian Stabilization Fund increased in value as its earnings rose.

RBC, 25.03.2008, Moscow 12:59:55.The placement of commercial papers of RBC Information Systems has started on MICEX. This is the first issue of this type of securities on the Russian market. Alexander Kuznetsov, Director for debt capital market operations at Alfa-Bank, the underwriter of the issue, said that the bank expected the loan to yield 12 percent per annum. The first tranche which is to be placed today is worth RUB 1.5bn (approx. USD 62.92m) and has a maturity period of one year. The entire issue totaling RUB 12bn (approx. USD 503.36m) matures on the 364th day after the start of placement.

RBC, 25.03.2008, Moscow 11:55:34.Russia expects to sign a protocol in April on the completion of talks with the United Arab Emirates (UAE) on its accession to the WTO, director of the Russian Economy Ministry’s trade negotiations department Maksim Medvedkov told journalists today. The talks with the UAE are nearing completion, and all the matters are expected to be settled this week, Medvedkov said.

RBC, 25.03.2008, Moscow 10:58:36.The Russian government is set to choose the founders of the St. Petersburg commodity exchange on Wednesday, Deputy Economy Minister Kirill Androsov told journalists today. The matter is to be discussed during a meeting held by Russian Prime Minister Viktor Zubkov. The ministry has drafted a package of constitutuent documents, a business plan for the exchange, and ideas about potential founders, which include both state-owned and private companies, Androsov noted.

RBC, 25.03.2008, Moscow 09:45:54.Russia officially resumes air links with Georgia today. AirZena Georgian Airlines will make its first flight on Tuesday on the Moscow-Tbilisi route after a 1.5-year break. Aeroflot – Russian Airlines will begin direct service between Moscow and Tbilisi on March 27. Moscow severed air links with Georgia on October 3, 2006 arguing that Georgia owed some $3.6m for the operation of flights. However, simultaneously Russia banned all transport links, as well as postal service on account of detention of four Russian military officers in Georgia.

RBC, 24.03.2008, Moscow 17:47:04.Russia’s production of conventional weapons is expected to grow 30 percent by 2010 and by a factor of 2.2 by 2015, the Vesti TV channel cited First Deputy PM Sergei Ivanov as saying during Russian President Vladimir Putin’s traditional Monday meeting with the cabinet. Ivanov noted that the share of civil products manufactured at defense enterprises was expected to increase to 53 percent of their total production by 2010 and to 59 percent by 2015. He also said that a military-industrial commission meeting on the development strategy of companies producing conventional weapons would be held on March 26. In addition, the Federal Service for Defense Contracts’ first project for 2009 is to be discussed at the meeting, Ivanov said.