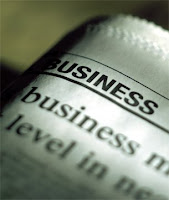 development strategy until 2020 in the fall of 2008, President of the Association of Regional Banks of Russia, State Duma deputy Anatoly Aksakov said during the association’s general annual meeting. If the board approves the strategy, the document will be almost mandatory for the authorities, Aksakov stated. A draft strategy has already been devised, and a working group to be headed by the association’s First Deputy President Alexander Khandruyev will be created to finalize it. The document is to be prepared before the beginning of the Sochi economic forum scheduled for September 2008. It must be in line with financial markets’ development strategy and provide for closing the 22-fold gap between the incomes of the rich and the poor, reducing inequality between Russia’s regions, and maintaining the country’s economic sovereignty, Aksakov noted.

RBC, 23.05.2008, Moscow 14:09:05.According to preliminary data, Russian producer prices grew 4.5 percent in April 2008 and 26.6 percent between January and April, the Russian Federal State Statistics Service (Rosstat) reported. As stated in the federal service’s document, the price of crude oil and associated gas jumped 9 percent and the price of natural gas and gas condensate rose 6 percent, while a 4.9-percent decline in prices was seen within the non-ferrous iron ore mining segment. Prices increased in the manufacturing sector (certain refined oil products), metallurgy and the chemical industry, while the price of electricity produced domestically slid 5.5 percent, and the price of electricity supplied to industrial consumers and agricultural producers dropped 1.4 percent.

RBC, 23.05.2008, London 13:15:36.Severstal has reached an agreement on the acquisition of up to 61.5 percent of African Iron Ore Group Ltd. (AIOG) shares, the Russian steel producer said in a press release today. AIOG’s subsidiaries have a license for conducting a geological survey at the Putu Range iron ore deposit in Liberia. In addition, Severstal is expected to buy a 6.29-percent stake in Mano River Resources Inc., which holds a controlling stake in AIOG. The Russian company is to pay $37.5m for the stake in AIOG, while the price of the second deal is estimated at GBP 2m (USD 3.9m). Both deals will be implemented through Severstal’s Dutch subsidiary Lybica Holding B.V.

RBC, 23.05.2008, Moscow 12:03:25.Today’s session on the Russian stock market opened with a rise in most traded securities. On MICEX, the majority of stocks went up 0.5 percent on average within the first few minutes of trade. Meanwhile, Polyus Gold, Norilsk Nickel, and Gazprom Neft traded below yesterday’s close. However, the situation changed after the first 30 minutes of trade, as only Sberbank, Rosneft and Polyus Gold remained in positive territory. Most securities declined 0.5 percent on average and the RTS index was slightly down.

RBC, 23.05.2008, Moscow 09:55:07.Russian Prime Minister Vladimir Putin is expected to arrive in Minsk today. As part of his visit, Putin will take part in the meeting of the heads of government of CIS member states. Moreover, the Russian PM intends to meet one-on-one with his Ukrainian counterpart Yulia Timoshenko, who will be chairing the meeting the the commonwealth’s Prime Ministers. The chairmanship will be handed over to Belarus during this meeting.

RBC, 23.05.2008, Moscow 09:28:15.Russian President Dmitry Medvedev will today begin his official visit to the People’s Republic of China. He is visiting China at the invitation of the country’s President Hu Jintao. At the talks in Beijing, the leaders intend to discuss cooperation in the nuclear industry, fuel and energy, and investment. Particular attention will be paid to the matter of state support of banking institutions and mechanisms. Moreover, such issues will be considered as collaboration in civil aviation, migration, and environment.

RBC, 22.05.2008, Kiev 19:31:06.Whether to increase the capacity of the Caspian Pipeline Consortium or not is to be resolved by the end of May 2008, Deputy Energy and Mineral Resources Minister of Kazakhstan Lyazat Kiinov told an energy forum in Kiev today. He added that the issue had been settled in principle, and shareholder approvals were expected in the near future. He regretted that there had been no serious discussions of linking the Caspial pipeline project to the Odessa-Brody pipeline. This would require an additional leg of 150 kilometers, including across the Russian territory. For this, in turn, Russia’s agreement would be needed. Yet, this link is approved, there would be no difficulty in finding enough oil to load the Oddessa-Brody pipeline, the Deputy Minister assured. According to Kiinov, the Caspian pipeline would be able to carry some 67m tonnes of oil, of which some 37m tonnes could be bound via the Ukrainian route.

RBC, 22.05.2008, Moscow 16:32:35.The government board is to consider on Monday a reduction in the tax burden for the oil industry, a source close to the cabinet told journalists today. The bills are to be introduced to the State Duma during the spring session. The matter of the extension of a tax holiday to several Russian regions, as well as methods of calculation of oil production will also be reviewed during the session, the source said.

RBC, 22.05.2008, Tbilisi 14:58:07.International observers from the CIS, who monitored Georgia’s parliamentary election on Wednesday, have named it democratic. Although there have been some violations, they cannot affect the election results, the observers said in a statement today. They also noted that Georgia had created all necessary conditions for monitoring the election.