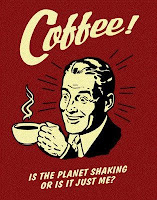 RBC, 09.09.2008, Moscow 17:51:39.About 3,800 Russian servicemen will be stationed in each of the breakaway republics of Abkhazia and South Ossetia, Russian Defense Minister Anatoly Serdyukov said during a meeting with President Dmitry Medvedev. The official pointed out that the ministry had already reached agreements to this effect with both republics, as well as defined the military structure and the dislocation sites, the Mayak radio station reported today. Serdyukov indicated that the Russian army units will be stationed in the villages of Dzhava and Tskhinval in South Ossetia and at former Russian peacekeepers’ sites in Abkhazia.

RBC, 09.09.2008, Moscow 17:33:53.By sending its observers to zones adjacent to South Ossetia and Abkhazia, the European Union will give Georgia a clear signal that it will now be responsible, along with the OSCE and the UN, for ensuring security in the disputed republics, Russian Foreign Ministry Sergei Lavrov told journalists today. He added that from now on any provocations in the conflict zone would be aimed against the EU. It is vital that Georgian troops withdraw to their pre-conflict positions before October 1 and that Russia receives guarantees that Georgia will not resume attacks against South Ossetia and Abkhazia, Lavrov underscored. To this effect, the EU is to send 200 observers to the conflict zone, he pointed out.

RBC, 09.09.2008, Moscow 16:26:36.The European Union must be the first to take a step to settle the Caucasus conflict, according to agreements reached by Presidents Dmitry Medvedev of Russia and Nicolas Sarkozy of France on Monday, Russia’s Foreign Minister Sergei Lavrov told journalists today. He reiterated that Javier Solana, EU High Representative for the Common Foreign and Security Policy, assured the Russian side during the talks that the European Union would be able to deploy an observer mission in the conflict zone before October 1. On this condition, Russia will withdraw peacekeeping forces from Abkhazia and South Ossetia within the following 10 days, Lavrov said. If the EU delays the deployment of the mission, Russia will pull back the forces within 10 days from the actual day of its arrival, the Minister pointed out.

RBC, 09.09.2008, Moscow 12:46:05.The State Duma is expected to consider amending the military items of Russia’s federal budget for 2009-2011, Speaker of the lower house of the Russian parliament Boris Gryzlov told journalists following today’s State Duma Council meeting. He reiterated that a draft budget would be considered in its first reading on September 19. However, even now the deputies are ready to review amendments to the bill specifying the financing of the Russian Defense Ministry’s expenses. The matter is to be discussed with Defense Minister Anatoly Serdyukov on Wednesday, Gryzlov said. He explained that the amendments were connected with the South Ossetian conflict and were aimed at enabling the Russian army to counter any threat, even a potential one.

RBC, 09.09.2008, Minsk 12:18:22.Severstal is interested in the construction of a new steel plant in Belarus, the country’s Prime Minister Sergei Sidorsky was cited by the cabinet’s press office as saying following talks with Vyacheslav Pozgalyov, governor of Russia’s Vologda region. The PM noted that the matter had been discussed during a meeting in Minsk. Sidorsky added that the Belarus government planned to introduce the proposal on building the plant to President Alexander Lukashenko. The project has been estimated at more than $2bn. A feasibility study is being carried out, and Belarus intends to launch a construction tender in the near future. Severstal showed interest in the project a month ago, according to Sidorsky.

RBC, 08.09.2008, Moscow 19:04:23.Russia has received guarantees for the non-use of force by Georgia from the European Union and France, which is now holding the EU presidency, Russian leader Dmitry Medvedev said following today’s talks with his French counterpart Nicolas Sarkozy. The Russian President stressed that the parties had accepted a document stipulating additional measures that were not included in the agreement signed on August 12.