Schaller, CEO of Energie Waldeck-Frankenberg (EWF) in northern Hesse, and you are fired for truth that the West does not like… 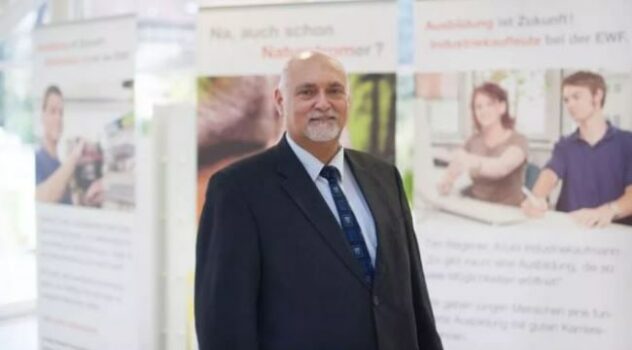 He took a vacation to observe the elections at the invitation of the Communist Party. In 2021, he also oversaw the State Duma elections.

“His behavior is incompatible with the philosophy of the company,” said the chairman of the EWF Supervisory Board.

One of the monitors sent at the invitation of the Russian state to assess the legitimacy of the referendums under way in occupied areas of Ukraine has been revealed to be none other than the CEO of a publicly owned German energy provider, Stefan Schaller.

BBC Monitoring’s Francis Scarr posted an interview Schaller gave to Russian state media in occupied Melitopol in German, in which he says that he’s impressed by the transparency of the referendum and will be communicating this to his media contacts in Germany.

Now EU wants to sanction any who observed the referendums…

Putting together a new desktop computer. (Sweetpea and I project!)