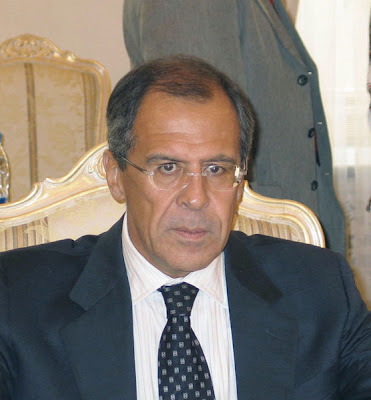 Why Russia’s response to Georgia was right: posted in the Financial Times.

For some of those witnessing the fighting in the Caucasus over the past few days, the narrative is straightforward and easy. The plucky republic of Georgia, with just a few million citizens, was attacked by its giant eastern neighbour, Russia. Add to this all the stereotypes of the cold war era, and you are presented with a truly David and Goliath interpretation – with all its accompanying connotations of good and evil. While this version of events is being written in much of the western media, the facts present a different picture.

Let me be absolutely clear. This is not a conflict of Russia’s making; this is not a conflict of Russia’s choosing. There are no winners from this conflict. Hours before the Georgian invasion, Russia had been working to secure a United Nations Security Council statement calling for a renunciation of force by both Georgia and South Ossetians. The statement that could have averted bloodshed was blocked by western countries.

Last Friday, after the world’s leaders had arrived at the Beijing Olympics, Georgian troops launched an all-out assault on the region of South Ossetia, which has enjoyed de facto independence for more than 16 years. The majority of the region’s population are Russian citizens. Under the terms of the 1992 agreement to which Georgia is a party, they are afforded protection by a small number of Russian peacekeeping soldiers. The ground and air attack resulted in the killing of peacekeepers and the death of an estimated 1,600 civilians, creating a humanitarian disaster and leading to an exodus of 30,000 refugees. The Georgian regime refused to allow a humanitarian corridor to be established and bombarded a humanitarian convoy. There is also clear evidence of atrocities having been committed – so serious and systematic that they constitute acts of genocide.

There can be little surprise, therefore, that Russia responded to this unprovoked assault on its citizens by launching a military incursion into South Ossetia. No country in the world would idly stand by as its citizens are killed and driven from their homes. Russia repeatedly warned Tbilisi that it would protect its citizens by force if necessary, and its actions are entirely consistent with international law, including article 51 of the UN charter on the right of self-defence.

Russia has been entirely proportionate in its military response to Georgia’s attack on Russian citizens and peacekeepers. Russia’s tactical objective has been to force Georgian troops out of the region, which is off limits to them under international agreements. Despite Georgia’s assertion that it had imposed a unilateral ceasefire, Russian peacekeepers and supporting troops remained under continued attack – a fact confirmed by observers and journalists in the region. Russia had no choice but to target the military infrastructure outside the region being used to sustain the Georgian offensive. Russia’s response has been targeted, proportionate and legitimate.

Russia has been accused of using the conflict to try to topple the government and impose control over the country. This is palpable nonsense. Having established the safety of the region, the president has declared an end to military operations. Russia has no intention of annexing or occupying any part of Georgia and has again affirmed its respect for its sovereignty. Over the next few days, on the condition that Georgia refrains from military activity and keeps its forces out of the region, Russia will continue to take the diplomatic steps required to consolidate this temporary cessation of hostilities.

Mikheil Saakashvili, Georgia’s president, has stated that “unless we stop Russia, unless the whole world stops it, Russian tanks will go to any European capital tomorrow”, adding on a separate occasion that “it’s not about Georgia any more. It’s about America”. It is clear that Georgia wants this dispute to become something more than a short if bloody conflict in the region. For decision-makers in the Nato countries of the west, it would be worth considering whether in future you want the men and women of your armed services to be answerable to Mr Saakashvili’s declarations of war in the Caucasus.

Russia is a member of the Security Council, of the Group of Eight leading industrialised nations and partner with the west on issues as varied as the Middle East, Iran and North Korea. In keeping with its responsibilities as a world power and the guarantor of stability in the Caucasus, Russia will work to ensure a peaceful and lasting resolution to the situation in the region.

The writer is minister of foreign affairs of the Russian Federation

Thank You Sergei Lavrov for a good article.