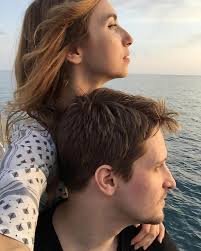 MOSCOW, October 29./TASS/. Former National Security Agency (NSA) whistleblower Edward Snowden, who has obtained an open-ended Russian residency permit, is going to be a father soon, his lawyer Anatoly Kucherena told TASS on Thursday.The baby will have citizenship of the Russian Federation, Kucherena affirmed. “They [Snowden and his wife Lindsay Mills] are expecting their child soon. The citizenship will be that of the place of birth,” he added, saying that the child is due at the end of the year.

Interesting….Wonder what name they will give?

I like Ivan (Иван or Іван – Meaning: “God is gracious”) for a boy and Ivana (Ивана meaning: “Gift from God”) for a girl, good Russian name!

And very fitting for their circumstances…

PS: Russia has been very good to you Snowden. Respect that…