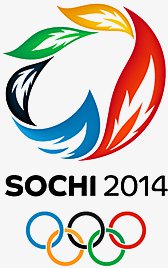 New sports programs will be introduced into the next Winter Olympics that are scheduled for 2014. In total there are six new sporting events or variations of news sports that will be introduced to the lineup and we have already given you some detail about a few of these.But on Tuesday, April 12th 2011 at a press conference in London the president of the IOC announced that among others, both skiers and women athletes now have a cause to celebrate.
Read More >>>
Source: Voice of Russia.
Windows to Russia!