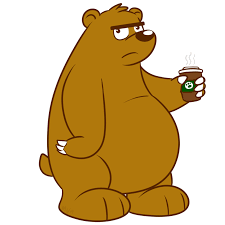 This rank hypocrisy, borne of a desperate liberal need to unnecessarily politicize everything, including the Covid-19 outbreak, has revealed an unflattering truth about ‘The Gray Lady,’ its sobriquet that once conveyed the impression the paper possessed of high virtue. No longer.

“China May Be Beating the Coronavirus But At a Painful Cost,” the NYT tweeted one day last week, flagging up its report that the Chinese lockdown and quarantine, which covered 60 million people, coincidentally the same as Italy’s entire population, “has come at great cost to people’s livelihoods and personal liberties.”

Then just 20 minutes later, up popped the same publication’s tweet on the European situation, announcing “Italy Locks Down Much of the Country’s North Over the Coronavirus.” So, did the Times condemn this as an attack on civil liberties by a nasty totalitarian regime?

Not quite. Because while at the time of the report, last Saturday, when only the north of Italy was affected (since expanded to include the entire country), there was a clear change of tone.

According to The Times: “By taking such tough measures, Italy, which is suffering the worst outbreak in Europe, sent a signal that restrictive clampdowns at odds with some of the core values of Western democracies may be necessary to contain and defeat the virus.”

Article above by Damian Wilson for RT…

This is why the west hates RT…

To fight the coronavirus, China placed nearly 60 million people under lockdown and instituted strict quarantine and travel restrictions for hundreds of millions of others. Its campaign has come at great cost to people’s livelihoods and personal liberties. https://t.co/Awj873ZKdB

Breaking News: Italy is locking down Milan, Venice and much of its north, risking its economy in an effort to contain Europe’s worst coronavirus outbreak.https://t.co/f97oBX6f8z

Time to wake up people!