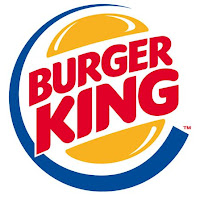 Russia is advancing so fast into the wonderful world of Capitalism, that it makes your head spin! Anyone from America knows about the competition between McDonald’s and Burger King. The fry wars have been brutal and viscous. 🙂 People have argued for years about who has the best French Fries and is Flame Broiled really better?

On January 21st, 2010 Moscow gets her very first Burger King – May the Burger and Fry wars commence!

I myself being a proclaimed American have missed my Burger King! I need a Double Whooper With Cheese and an order of Burger King onion rings. So in the future it looks like a trip to the new Burger King is in order just to see if the food is the same.

I can tell you that the food at a Russian or Ukraine McDonald’s is better than in America so I hope that tradition follows with Burger King.
The problem with Russians is that McDonald’s is their place to eat. It is considered a restaurant here. Kentucky Fried Chicken (Rostik’s- KFC) struggles here in Russia and I really think that Burger King will have to have very long term sights in order to see a profitable future.
Everyday I see a little more America in the Russian way and life. After 4 years here, I have witnessed huge changes and many times I turn to Svetlana and will say: “Are you sure we are not in America?”
So Lets “Have it Your Way at Burger King!”
Windows to Russia!
comments always welcome.