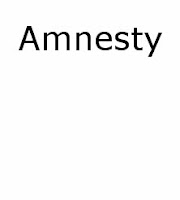 I found this to be extremely interesting:

MOSCOW, February 25 (Itar-Tass) — About 45,000 people may be amnestied on the occasion of the 65th anniversary of the Victory in the Great Patriotic War, the chairman of the State Duma Committee for Civil, Criminal, Arbitration and Procedural Legislation, Pavel Krasheninnikov, who also co-chairs the Association of Russian Lawyers, said at a meeting of the association’s presidium on Thursday.

“We propose to announce amnesty on the occasion of the 65th anniversary of the Victory in the Great Patriotic War, but the number of amnestied convicts (subject to the amnesty) should not be very wide,” he said. Alongside, Krasheninnikov believes that war veterans, elderly people and disabled people, as well as people, who did not commit grave crimes, should be subject to amnesty.

“According to the preliminary estimates, we believe that the amnesty may embrace 300,000 citizens, about 45,000 people will be released from penitentiaries,” he said.