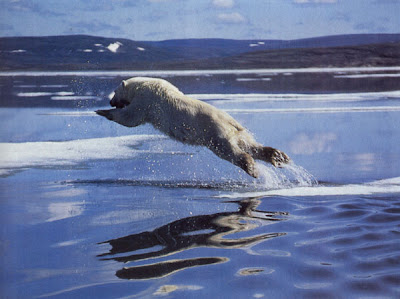 The Cold War ended (1991) because the Soviet Union could no longer afford to fight it. With the collapse of the monetary system, so went the Soviet Empire. But now the inheritor of the Soviet Union (Russia) has money, long term money in the form of vast resources of natural materials. This money is once more building the military infrastructure that was the Soviet Union.

The Russian Bear, has returned with claws that are being resharpened.

From the West’s point of view, Russia is a bully using gas supplies as a tactic to control Europe & Putin’s threat to reside from nuclear arms control agreements. The West also looks at Russia as a “New Cold War!”

But the West has blinders on: America gloated over the Soviet collapse, The people in America celebrated this as a great victory for Democracy! The Capitalist world ascended upon the old Soviet Union looking to create a wonderful new Russia! Now that the Russians had a taste of the good life, they would dance to Uncle Sam’s tune.

Small problem, Russia (who really was the Soviet Union) does not dance to any one else’s tunes. It is the attitude of the West & the get rich quick schemes by the West (the West sought to profit from her humiliation.) that is now driving Russia back to being, well… Russia!

Russia dances to her own tune!

The US plan to put anti-missile missiles in Poland is rightly seen by the Bear as a threat. It is Uncle Sam that has jump started a new arms race, at a time when Russia can play on equal terms again.

Had the $100 barrel of oil happened to the Soviet Union & it had the tools Russia has now. The Soviet Union might not have disappeared. It was economic as much as moral and political decay that led to the collapse of the USSR economy in 1991.

If you are stupid enough to kick a bear while sleeping, you can expect it to bite.

Uncle Sam You should have woke the Bear gently……