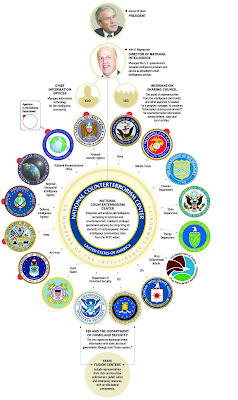 Another think tank from America, talking about Russia! Seems that the USA Government has nothing better to do than sit around spending billions on deciding that Russia is Bad!

No wonder Russia really does not care what Americans think or if Americans travel here or not, the press from America is all bad about Russia!

That is why I have this blog to put a different light on Russia!

08/02/2008 22:47 MOSCOW. (Andrei Fedyashin for RIA Novosti) – Gas, oil, pipelines and investments in Europe or Asia have become Russia’s main sins that without absolution or strict control may do damage to U.S. national security, both taken singly or as a package.

Michael McConnell, the U.S. Director of National Intelligence, has listed all of them in his Annual Threat Assessment to Congress. He mentions the military component of the potential Russian threat but not without some embarrassment because of the permanent U.S. military build-up as compared to the weakened Russian potential. McConnell notes that the Russian army is overcoming “a long, deep deterioration in its capabilities that started before the collapse of the Soviet Union”. The intelligence tsar, as the U.S. Director of National Intelligence is called, suggests that Moscow’s mounting economic might should be viewed as a source of concern.

The report does not even mention Russia as a threat to the United States. Its detailed analysis is neither scary nor sensational. Nor does it contain anything new as regards Moscow. The previous report a year ago criticized Russia a lot more.

The Kremlin’s response to the report was absolutely right. When Russian journalists asked officials to comment on it, they were told that the report should not be overdramatized, although it raised some questions. After all, Americans have long been accusing Russia of “positioning to control an energy supply and transportation network spanning from Europe to East Asia,” and talking about Russian energy policy: “Aggressive Russian efforts to control, restrict or block the transit of hydrocarbons from the Caspian to the West-and to ensure that East-West energy corridors remain subject to Russian control-underscore the potential power and influence of Russia’s energy policy.”

Moscow can hardly perceive as a challenge McConnell’s “concerns about the financial capabilities of Russia, China and OPEC countries and the potential use of their market access to exert financial leverage to political ends.” The same applies to his concern about the growth of Russian investment abroad. He means mostly investment in energy sectors in Europe and China. But this is nothing new, and the United States has been doing the same for years.

Not a single country has so many divisions as the United States – from the State Department and the Pentagon to the Department of Agriculture – that are responsible for promoting abroad American goods and services, credits, financial instruments, culture, way of life, Coke, cars and washing machines. In any country, be it tiny or very powerful, American Ambassadors and other diplomats will not be embarrassed if they have to flex their muscles or throw America’s rivals off the bridge. This is almost an axiom in the diplomatic service. But the very fact that Russia is mentioned in the report together with Iran, Iraq, Pyongyang, Beijing, and even the notorious Al Qaeda does not at all mean that they can be equated. Exaggerations are typical of such documents. It was produced by intelligence and as one wise Englishman said, secrecy is a prelude to deception. But every trade has its own temptations.

This assessment is special only because it was made in the year of two presidential elections – in the United States and Russia. Vice Admiral McConnel (Ret.) had to do an uphill job. His department was set up in the wake of the shocking 9/11 attacks, and is responsible for coordinating intelligence operations of about 15 departments – from the CIA, FBI, National Security Agency, Air Force, Navy and Army to the Coast Guard and the Department of Energy, to name but a few. He had to exert a titanic effort in order to reduce to a common denominator the opinions of mismatched departments that hate one another.

His predecessor John Negroponte, the first Director of National Intelligence since its formation in 2005 was not very successful. He occupied this position for less than two years, and was sent back to the State Department by President Bush.

It is clear that the report mostly deals with political issues, and has nothing to do with secrets. It would be naive to expect any secrets to be revealed during the hearings. American propaganda has never been too elegant but this report is more exquisite than others.

In general, such reports are just another foreign policy instrument couched in a veil of an almost solved mystery. In real fact, all ideas, concerns, and alarms are not the revelations of intelligence but a direct reminder of what the United States accepts and what it does not want to tolerate. As a guide, they are quite useful.