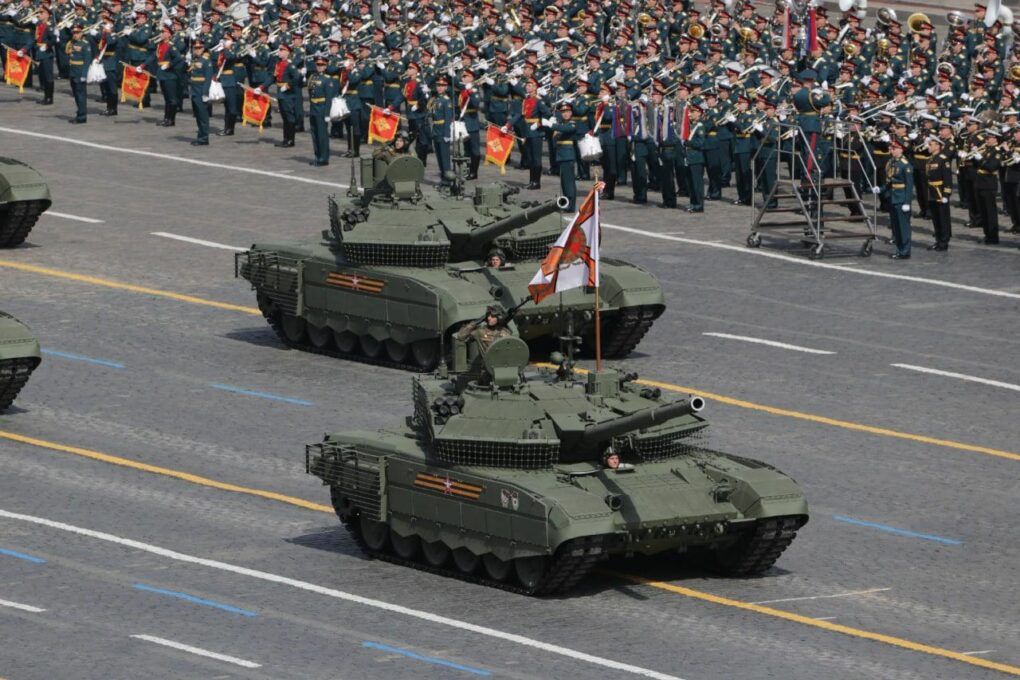 ▫️11,000 servicemen took part in the military parade. This year’s foot column is made up of 33 parade units. It consists of officers, sergeants and soldiers of formations and military units, students and cadets of military educational institutions, pupils of Suvorov and Nakhimov military schools, cadet corps and participants of the All-Russian Yunarmiya movement, as well as representatives of other security agencies of the Federal Security Service, the National Guard Service and the All-Russian Cossack Society. The parade unit of female military personnel is represented by representatives of 6 military educational institutions of the Russian Ministry of Defence: the Military University, the Military Signal Academy, a branch of the Military CSS Academy, the Military Space Academy, the Military Academy of Aerospace Defence and, for the first time, the Academy of Nuclear, Biological and Chemical Protection.

🎆In the evening at 22.00, artillery fireworks will take place in Moscow.