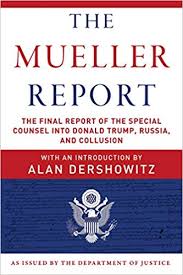 Russia called on the U.S. to publish in full Special Counsel Robert Mueller’s report, saying this is the best way to clear up allegations of Russian meddling in the 2016 U.S. presidential elections.“I’d like to read the entire report,” Foreign Ministry spokeswoman Maria Zakharova said in an interview with Ekho Moskvy radio on Thursday. “Let them publish it in full and at least we’ll find out what it’s based on.”

Exactly: We have used their name in vain for years, enacted sanctions over the alleged facts, now show the results…