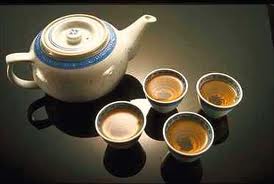 I received this e-mail and was not sure it was real or not, but after checking it out and seeing it posted in several Chinese sites I realized that it was the real thing. So I am going to post it as it came to me. It is really a good e-mail on the world of the West and her Media…

Recently the BBC invited me to participate in a program with the title “Does China deserve respect from the rest of the world?”

I found the topic – the title itself – deeply disrespectful.

At the very least it is patronizing, if not insulting.

Who were we to decide if 1.3 billion people deserve respect or not.

But I agreed to participate, as I wanted to say on air that again and again China is told what to do and what not to do, how it should change and why it should acquiesce to the superior Western arrangement of the world.

The BBC and I were linked through the Skype and I listened to the live broadcast. After a news roundup, the debate began.

It was a very predictable discussion. Similar to ones that take place in the Western media on an almost daily basis.

It was well choreographed so there would be no comparison between China and the West and no discussion of their foreign policies and their human rights record.

Then, before I was invited to speak on air, I was asked what I was going to say?

I wasn’t sure I understood correctly, but they insisted that I outline what I wanted to say. “Human rights,” I said. I was asked to be more specific, but I refused, saying that I would explain when I was on the air. Soon it became clear that either I provided details, or I would not be allowed to speak.

I informed the producer, or whoever was talking to me, that I was going to talk about whether audiences in the United Kingdom or the United States would find it normal or acceptable if, whenever their country was mentioned, the debate began with their human rights record and the impact of colonialism and the neo-colonialism taking place in Iraq, Afghanistan, Libya and many other places.

I was politely told to wait; now I was informed that my turn would come after the half-hour news bulletin. I knew, and the producer knew – my turn was not going to come at all.

What impressed me the most was efficiency and speed of the censorship. All this took place as the program was already under way.

According to the program, China does not deserve any respect, not because that is the view of the people of the world, but because the speakers were carefully selected to present that view.

The views of the above author are not strictly the views of Windows to Russia. They are an independent view from an outside source and country that brings a better light on the world in general and Windows to Russia is pleased to have Andre Vltchek’s e-mail on its pages today…